Table 4 shows the 2016 TCS scores of each country, in rank order, with their 2013 ranking shown for comparison.

The headline results are:

A major concern is the lack of funding for tobacco control. No country spends 2 euro per capita on tobacco control, with only Iceland coming close. The TCS scores for spending are extremely low and we are seeing reduced funding in several countries. The second major issue of concern is tobacco industry influence, which remains the largest obstacle to the introduction of effective tobacco control policies. 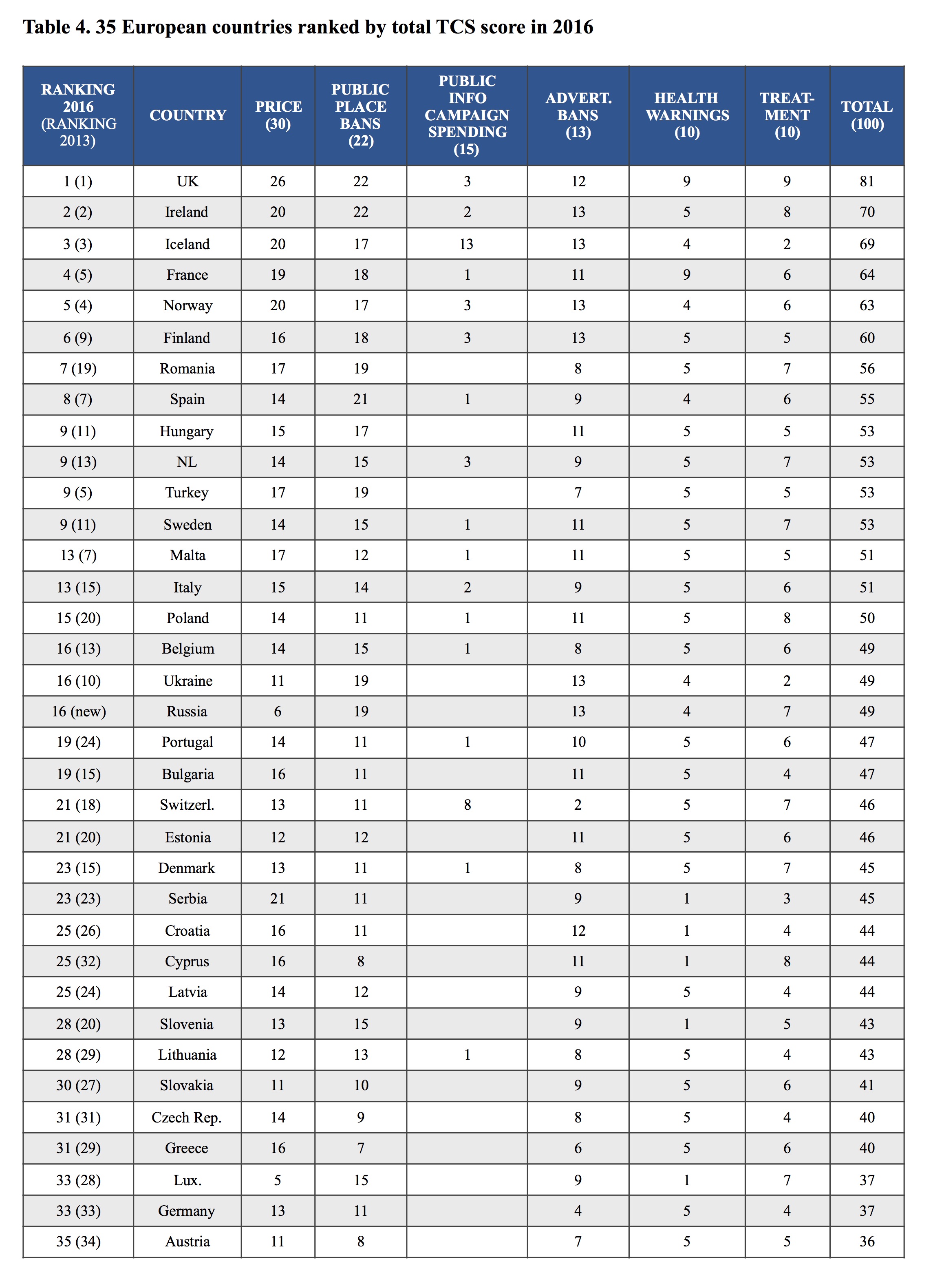