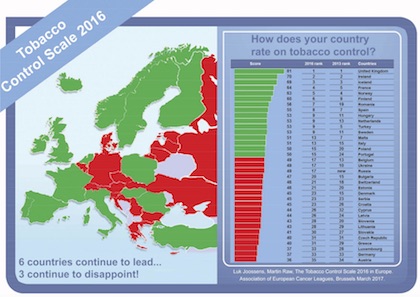 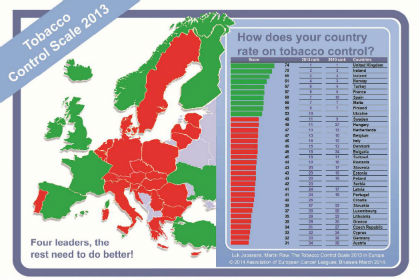 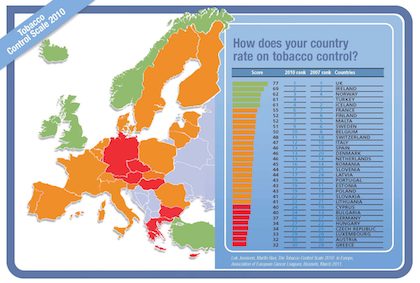 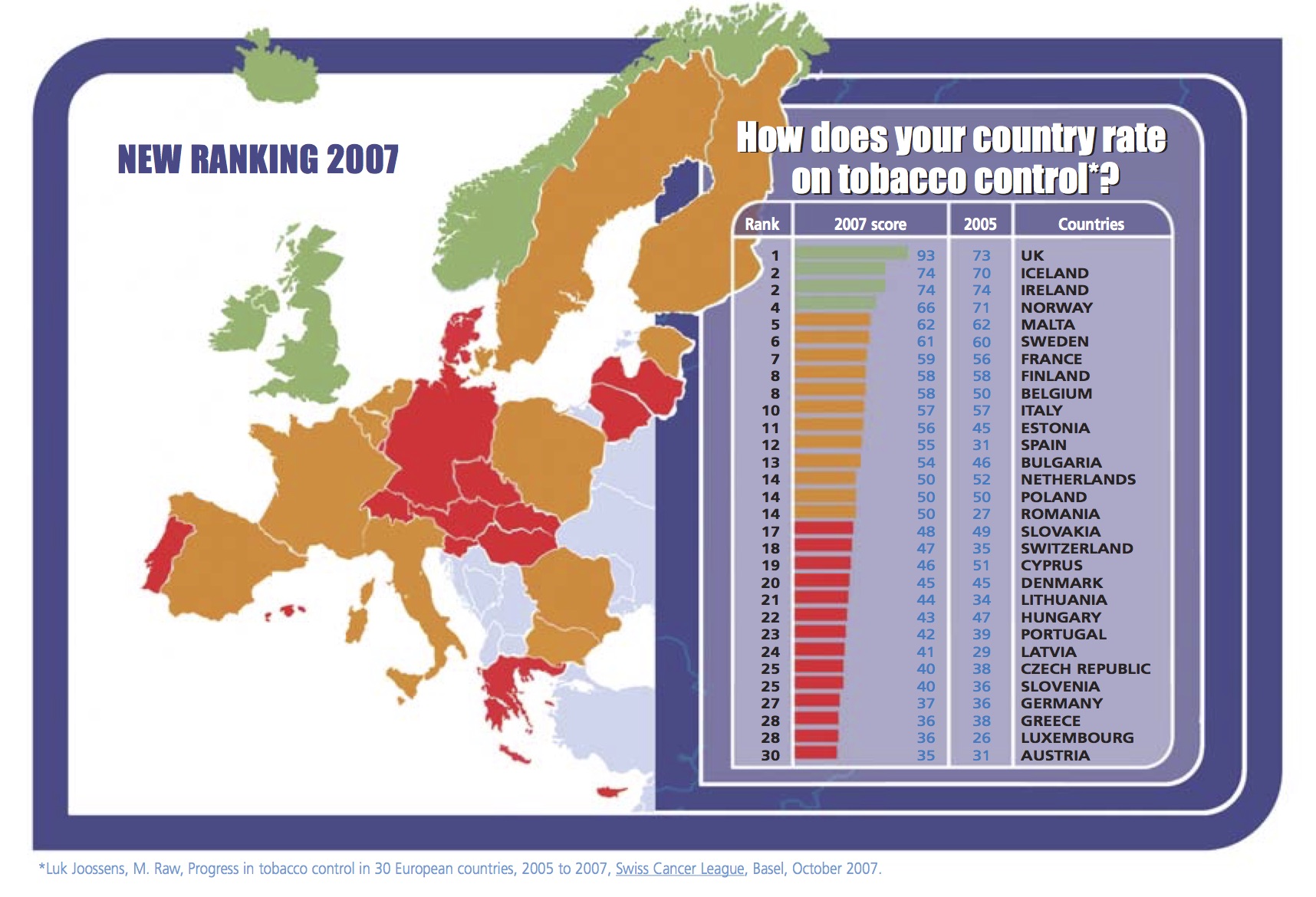 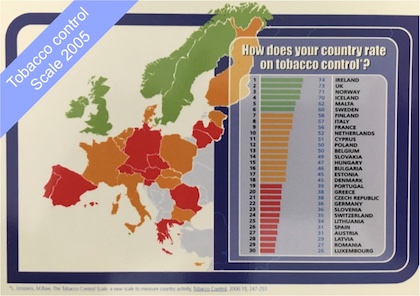 “Overall, countries which failed to undertake new initiatives lost points and fell in the ranking. The countries that are leading tobacco control in Europe are those that have comprehensive tobacco control policies 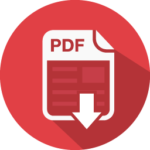 The new ranking was presented the 20th February at the 8th European Conference on Tobacco or Health in Berlin by Luk Joossens of the Association of European Cancer Leagues (ECL).