The Tobacco Control Scale 2013 in Europe

Here we report the results of the 2013 survey, show changes in rankings from the last (2010) survey, and discuss the results.

Headline results: there are four leaders, six countries doing reasonably well, and twenty four that don’t even reach 50 points out of 100 and need to do much more.

Ukraine, Croatia and Serbia were included in our survey for the first time and the surprise was that Ukraine goes straight into the top ten in the table, better than Sweden, Hungary, the Netherlands and Belgium. Overall, countries which failed to undertake new initiatives lost points and fell in the ranking. Countries with comprehensive tobacco control policies are leading tobacco control in Europe.

Four countries (UK, Ireland, Iceland, Norway) with over 60 points lead the rankings, with a gap of four points to the next group, six countries that are doing well with scores in the 50s (Turkey, France, Malta, Spain, Finland, Ukraine), although even these ten have plenty of room for improvement.

Were this an exam with 51% needed to pass then 24 countries, almost 71% of the field, failed the exam – very disappointing. Their end-of-term report would undoubtedly say: “Must do better.” They urgently need to improve their tobacco control score in the next few years.

We observed falls in the ranking of 4 places or more in 10 countries: Austria, Cyprus, Czech Republic, Germany, Latvia, Lithuania, Portugal, Romania, Slovakia and Switzerland. In most cases this reflects lack of activity in the period 2010-2013.

Table 4 shows the 2013 TCS scores of each country, in rank order, with their 2010 ranking shown for comparison. 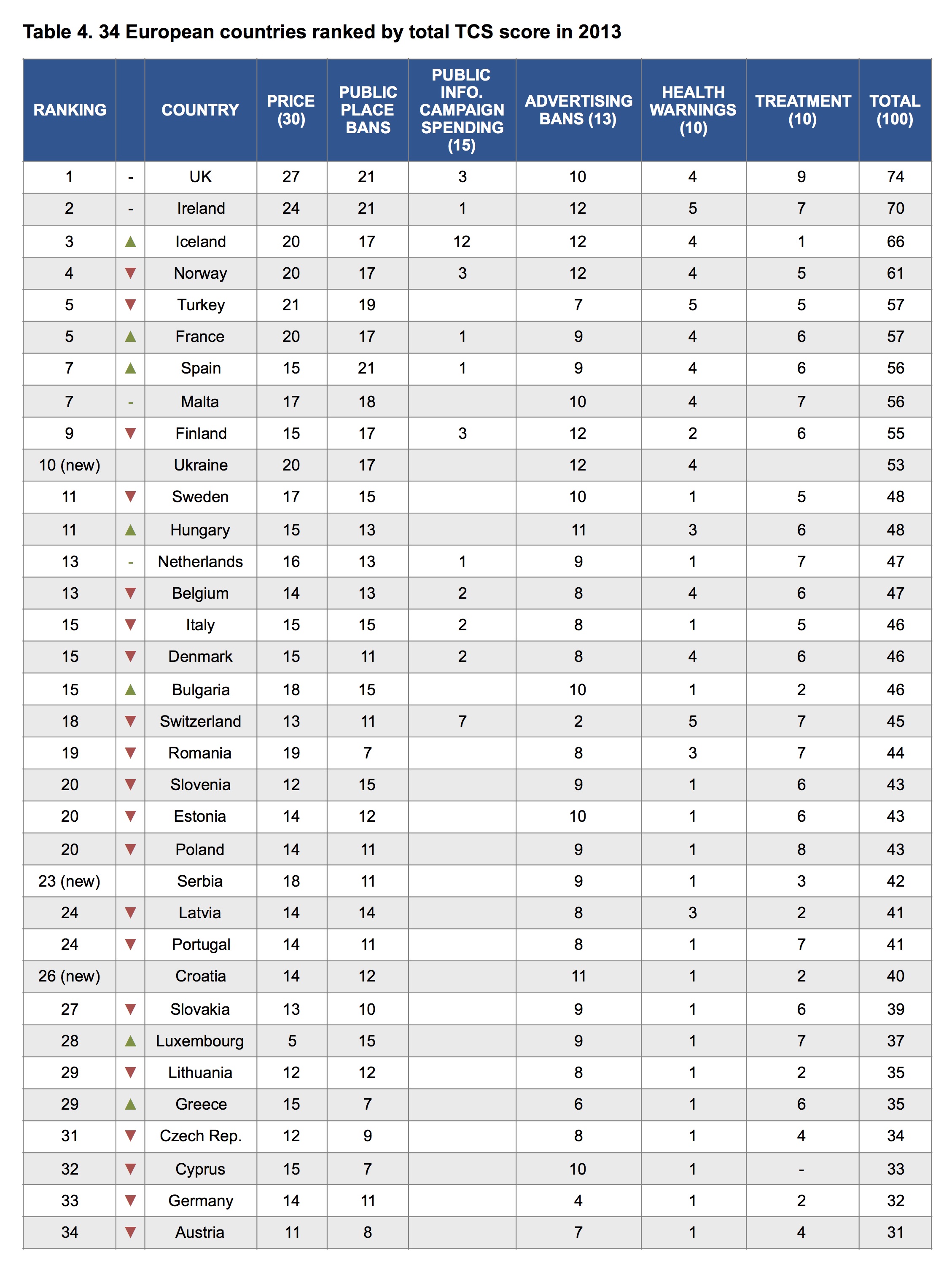