The Russian Federation was included in our survey for the first time and was doing well in advertising restrictions and smoke free policies. Overall, countries which failed to undertake new initiatives lost points and fell in the ranking. The countries that are leading tobacco control in Europe are those that have comprehensive tobacco control policies.

Were this a test requiring a minimum score of 50 to pass, then 20 countries, or 60% of the field, would fail. Their end-of-term report would undoubtedly say: “Must do better.” They urgently need to improve their tobacco control score in the next few years.

A major concern is the lack of funding for tobacco control. No country spends 2 euros per capita on tobacco control, with only Iceland coming close. The TCS scores for spending are extremely low and we are seeing reduced funding in several countries.

Here, in slightly end-of-term report style, we comment briefly on individual countries, in reverse order of their 2016 ranking. 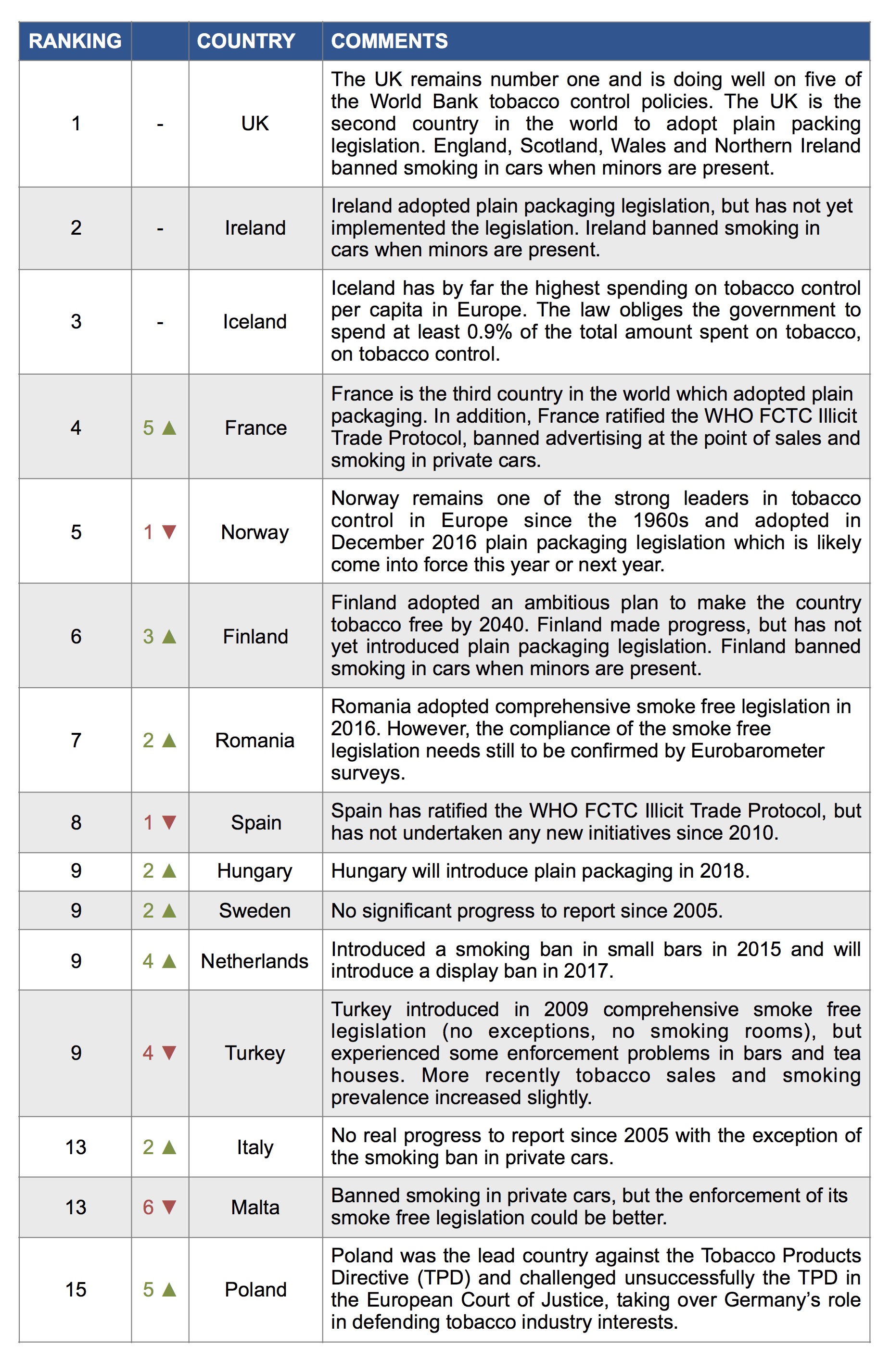 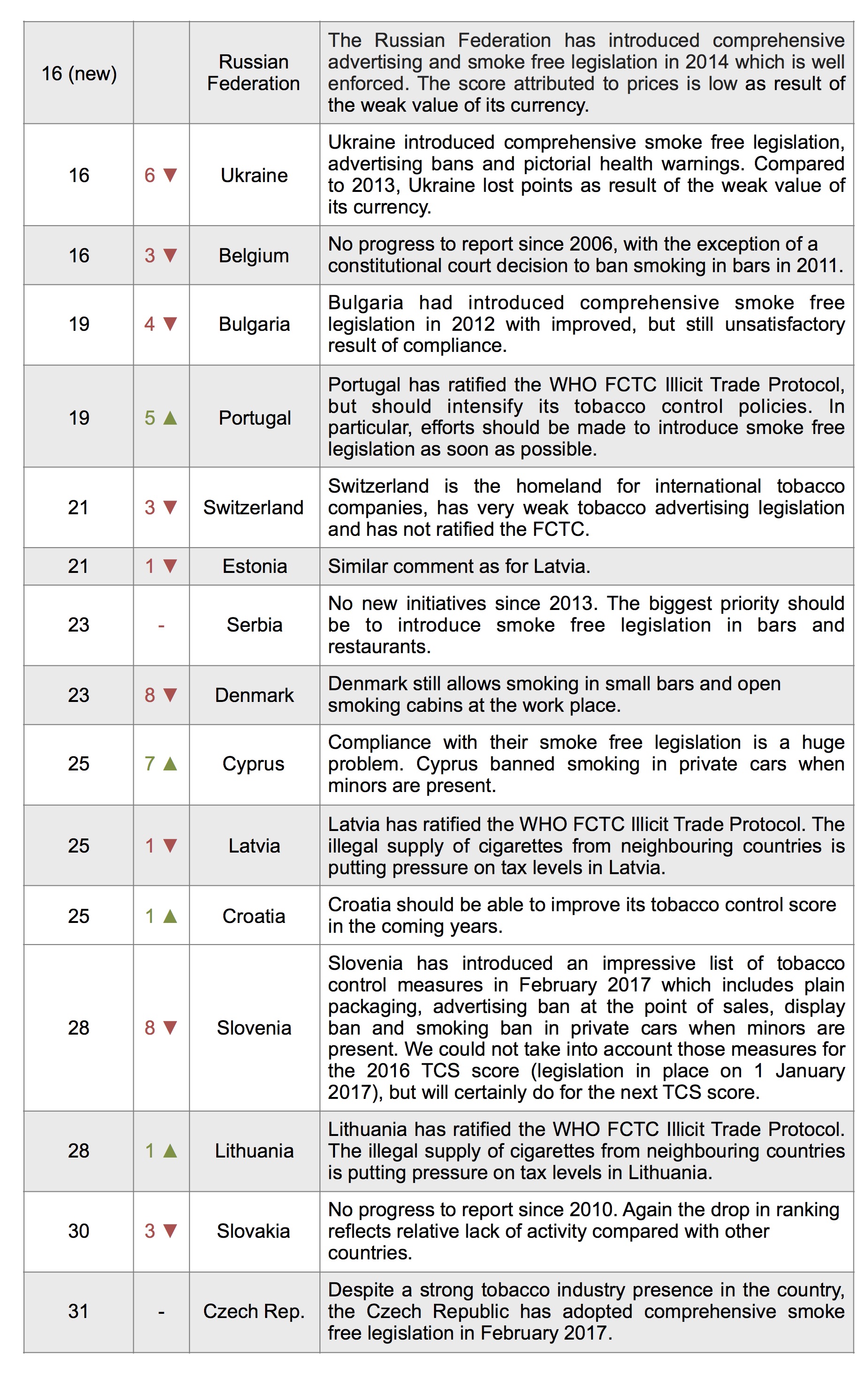