The Tobacco Control Scale 2010 in Europe

The data used for the 2011 survey refer to legislation in force on the 1 January 2011, price data on 1 July 2010, and the tobacco control budget in 2009. Any legislation, price increases or funding introduced or enforced after those dates are not included. 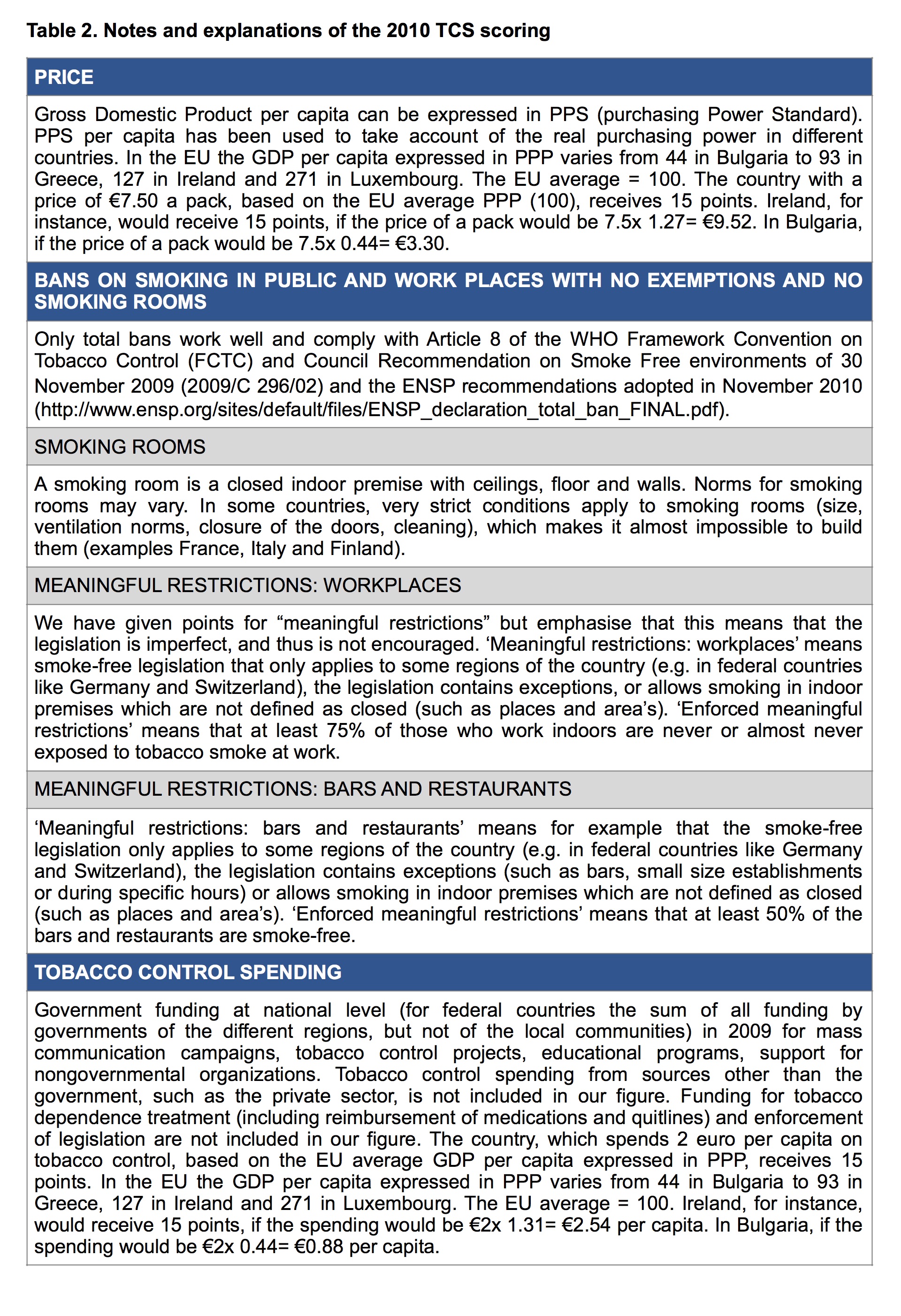 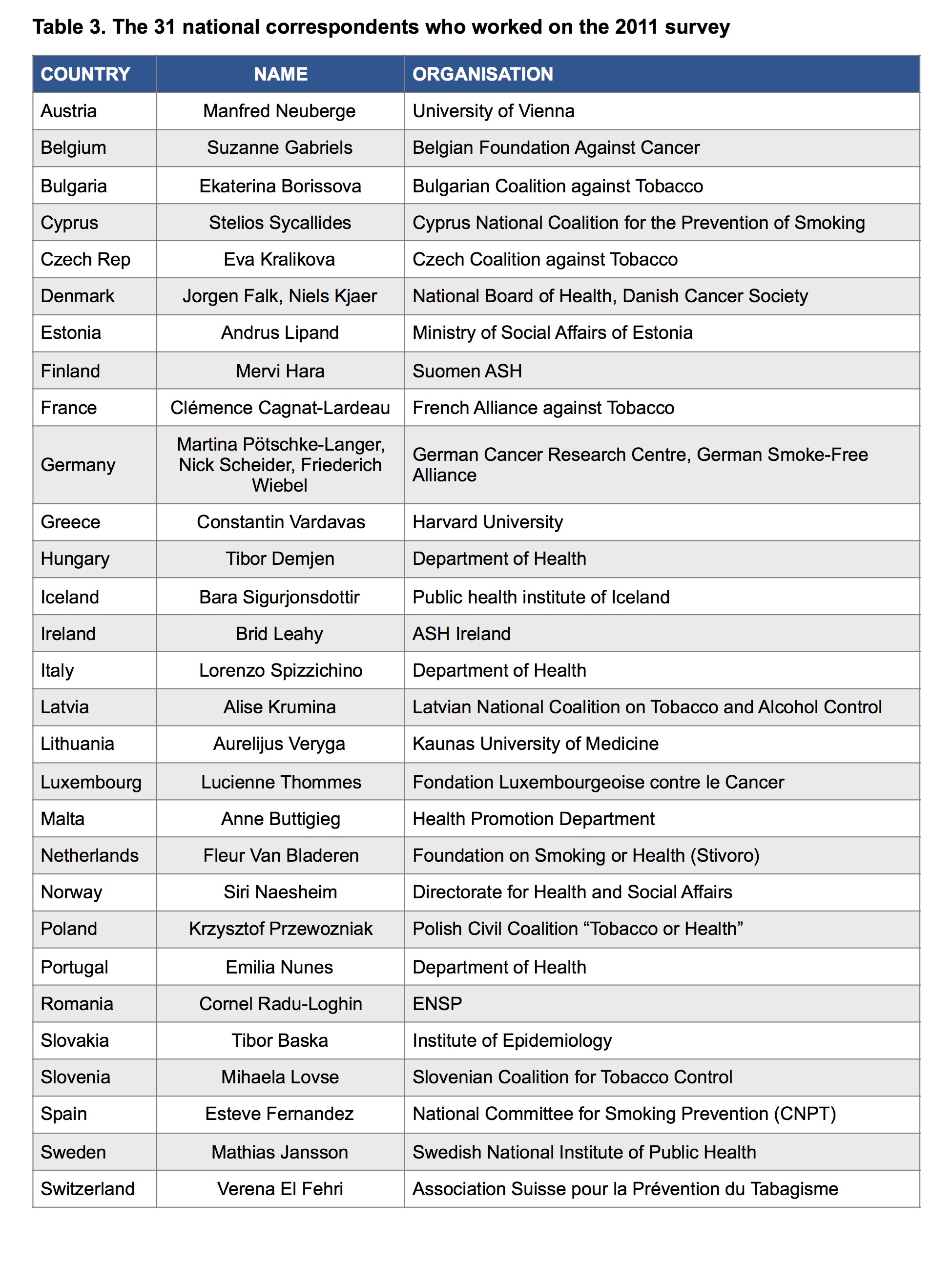