The Tobacco Control Scale 2019 in Europe

Three countries (Slovenia, Greece, and Austria) improved their score with 14 or more points. Israel was included in our survey for the first time and was doing very well at prices, with the highest price score for the 36 countries. Overall, countries that failed to undertake new initiatives lost points and fell in the ranking. The countries that are leading tobacco control in Europe are those that have comprehensive tobacco control policies.

Were this a test requiring a minimum score of 50 to pass, then 14 countries, or 39 % of the field, would fail. Their end-of-term report would undoubtedly say: “Must do better.” They urgently need to improve their tobacco control score in the next few years.

Here, in slightly end-of-term report style, we comment briefly on individual countries, in reverse order of their 2019 ranking (with, in brackets, the 2016 ranking and up or down movement on the scale). 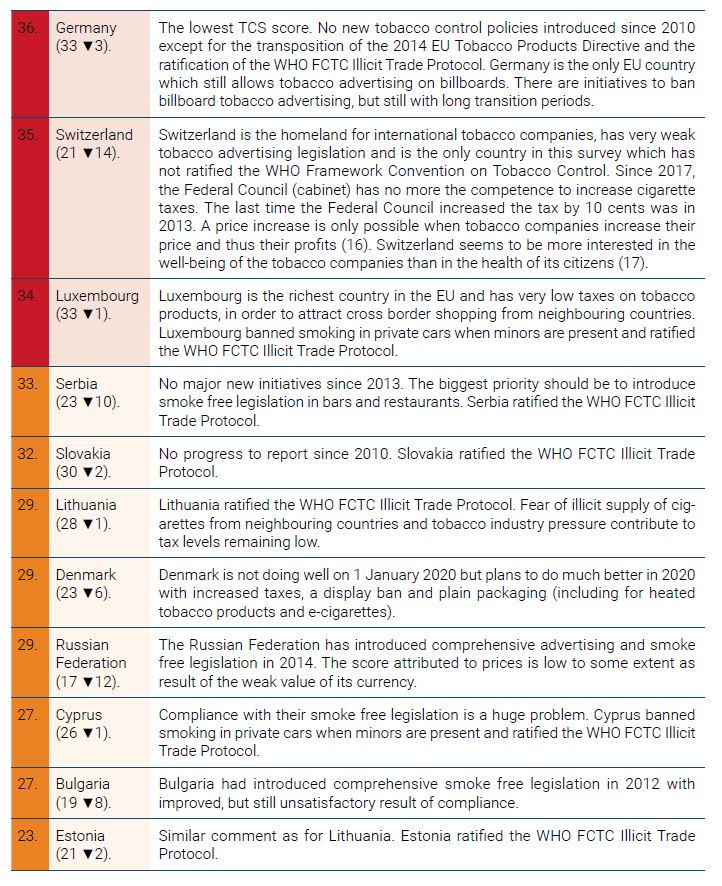 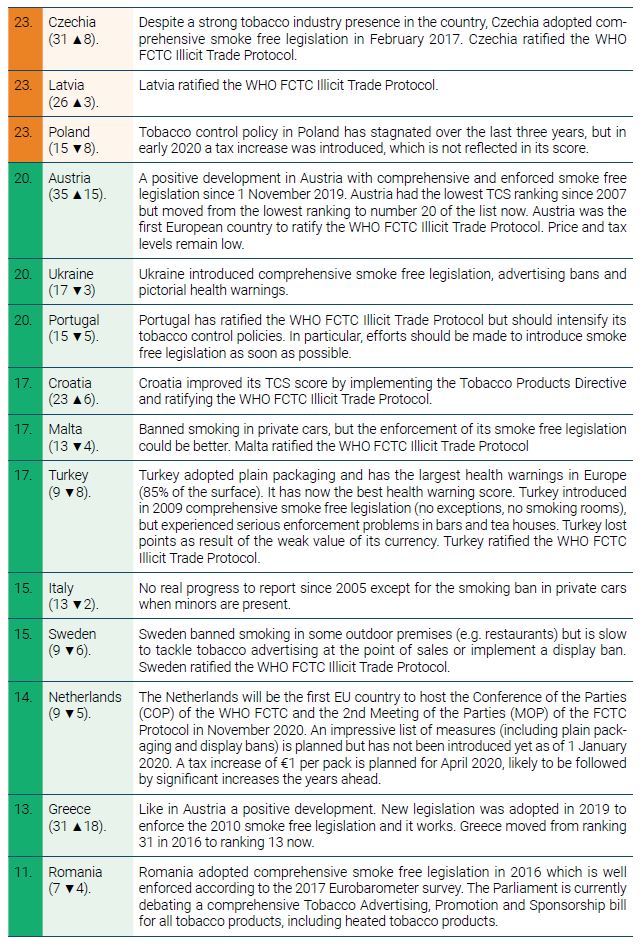 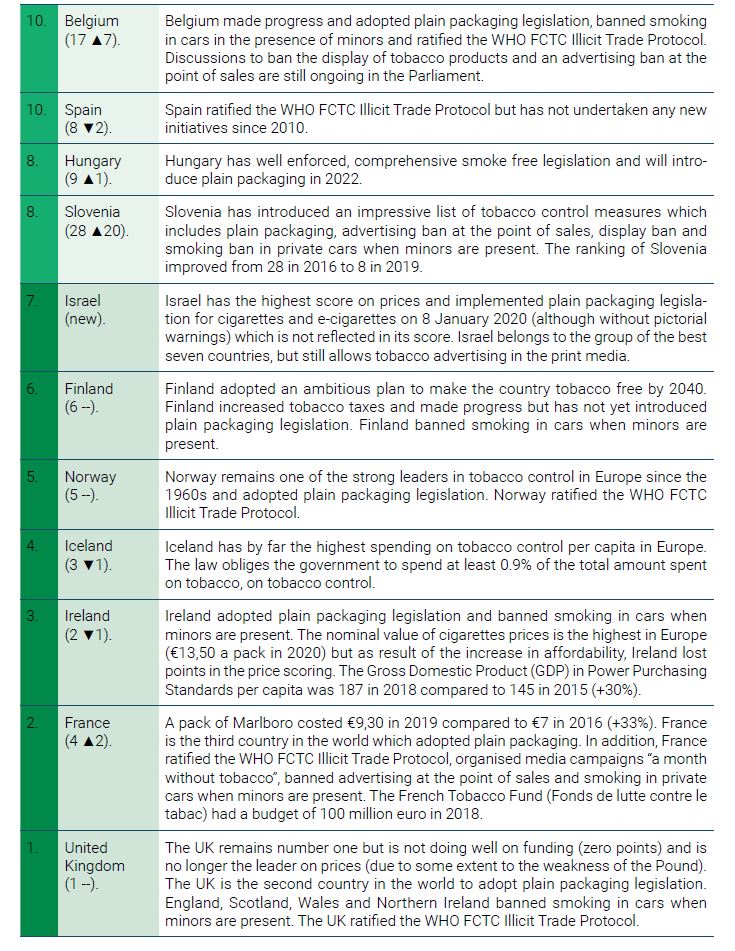