The Tobacco control Scale 2010 in Europe

Turkey was included in our survey for the first time and the surprise was that Turkey is in the top five in the table. Despite a strong tobacco history and high smoking prevalence in men, Turkey successfully introduced comprehensive smoke free legislation. The legislation applies the highest standards (no exceptions, no smoking rooms) and is well respected, according to results of the Eurobarometer survey, which took place a few months after its implementation in July 2009.

The five countries (UK, Ireland, Norway, Turkey and Iceland), which lead the ranking, have in common a policy of high prices and the adoption of comprehensive smoke-free legislation.

Three of them adopted legislation, which bans the display of tobacco products at the point of sale. The UK remains number one and is doing well on all six of the World Bank tobacco control policies. We observed falls in rankings in six countries – Hungary, Bulgaria, Slovakia, Poland, Cyprus and Estonia, which reflects in most cases a lack of activity in the period 2007-2010. 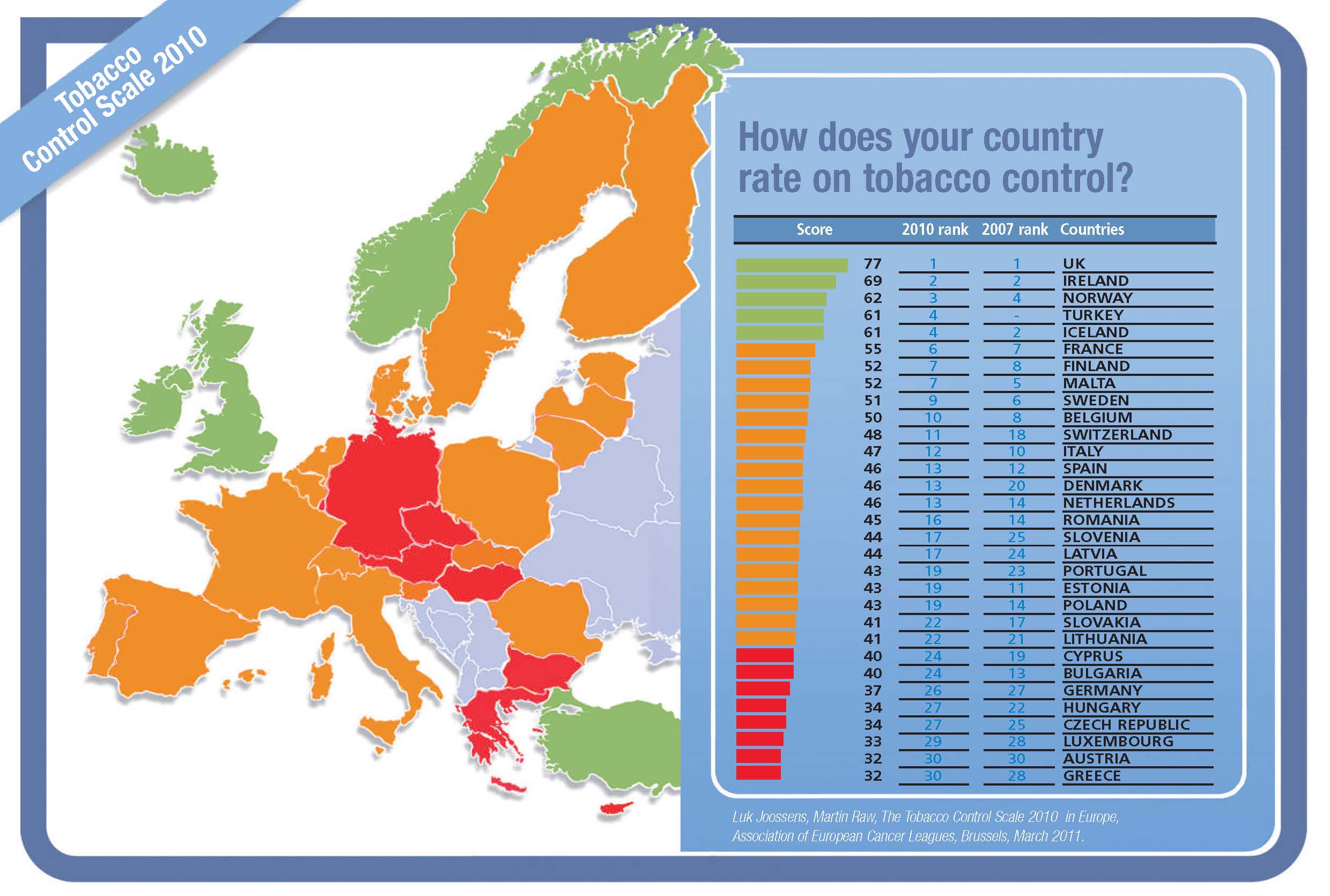 Table 4 shows the 2010 TCS scores of each country, in rank order, with their 2007 ranking shown for comparison. 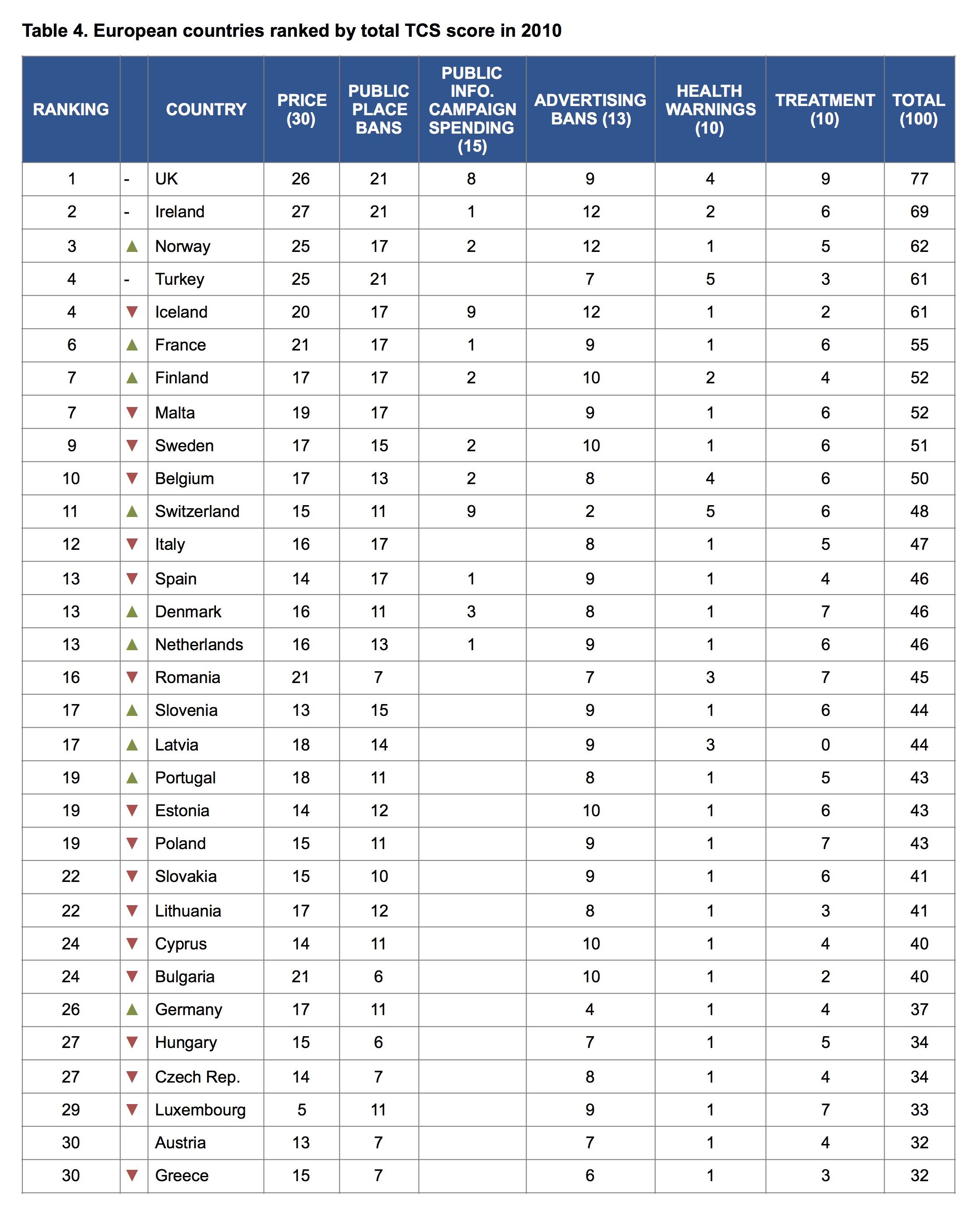