In this report we describe the results of a survey of tobacco control activity in 30 European countries in 2007, using the Tobacco Control Scale (TCS), first described in our 2006 paper, The Tobacco Control Scale: a new scale to measure country activity (1). A description of how the scale was constructed and the original survey methodology can be found in this paper, and the scale itself is reproduced in Table 1. We here report the results of the 2007 survey, compare them with the results of the 2005 survey, and discuss the changes and reasons for them.

The Tobacco Control Scale (TCS), showing the points allocated to each policy, with a maximum score of 100, is shown in Table 1. The right column of the blue rows shows the maximum points that can be scored for each policy. The questionnaire asked about legislation in force on 1 July 2007, price data on 1 January 2007, and the 2006 tobacco control budget. Any legislation, price increases or funding introduced or enforced after those dates are not included. The following data sources (apart from the questionnaire) were used to score the scale:

As in 2005 the most common problem in assigning points remained the subjectivity involved in assessing enforcement/implementation and so again we relied in general on the judgment of our correspondents, familiar with the situation in their country. 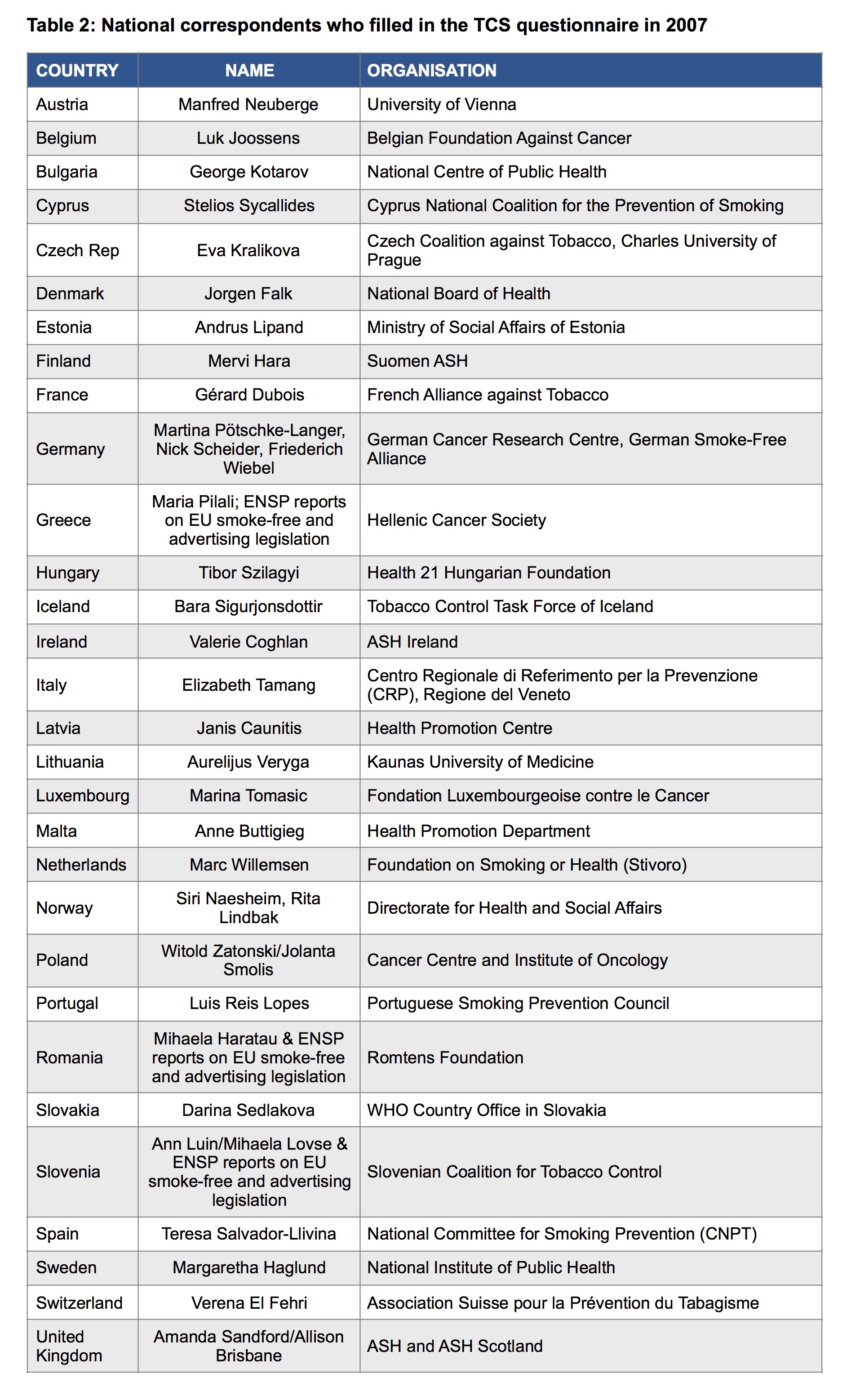