The Tobacco Control Scale 2021 in Europe

Two countries (Netherlands and Denmark) improved their score with 9 or more points. Overall, countries which failed to undertake new initiatives lost points and fell in the ranking. The countries that are leading in tobacco control in Europe are those that have comprehensive tobacco control policies.

The EU Tobacco Products Directive obliged EU countries to introduce pictorial health warnings. Importantly, twelve countries in this edition (UK, France, Ireland, Hungary, Norway, Slovenia, Turkey, Israel, Belgium, Netherlands, Denmark and Finland) adopted the plain packaging legislation, although Finland had not yet implemented their legislation on 1 January 2022 (to be implemented on 1 May 2023).

If we consider a score of 50 (out of the maximum of 100) as a success, then 17 out of 37 countries (46%) would fail. Their end-of-term report would undoubtedly say: “Must do better.” These countries urgently need to improve their tobacco control score in the next few years. 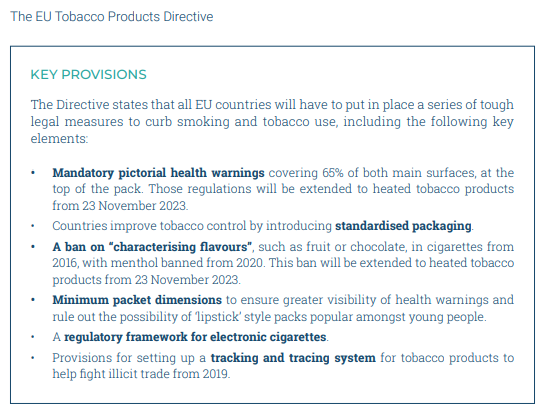 Here, in slightly end-of-term report style, we comment briefly on individual countries, in reverse order of their 2021 ranking (with the 2019 ranking in brackets, and up or down movement on the scale). Comments that are referring to any progress with the tobacco control measure enforced in the period that is not including in the scoring are provided to inform about the progress, but these were not taken into account when giving scores. 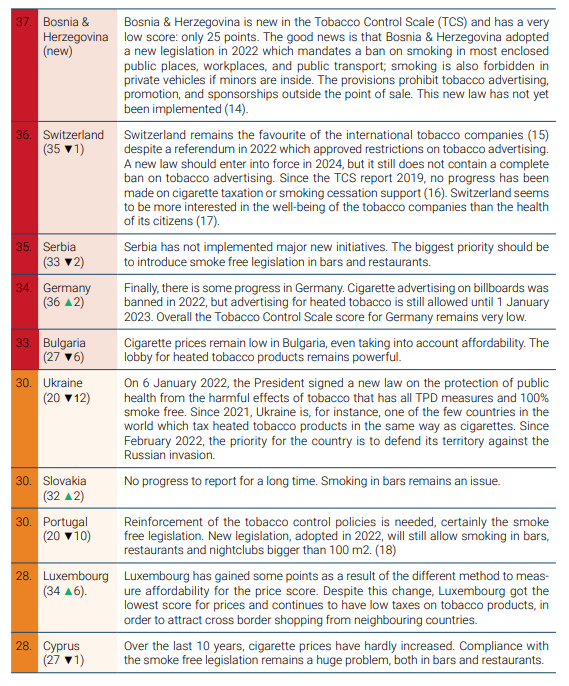 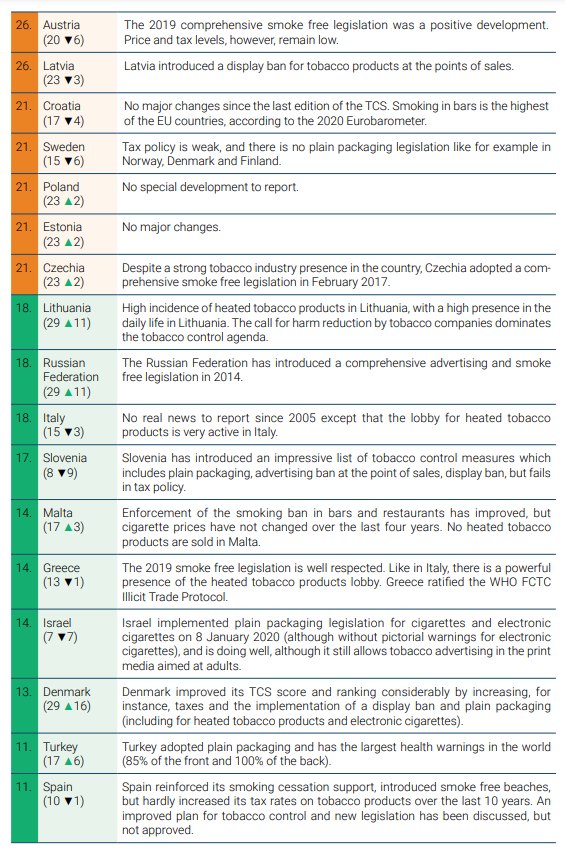 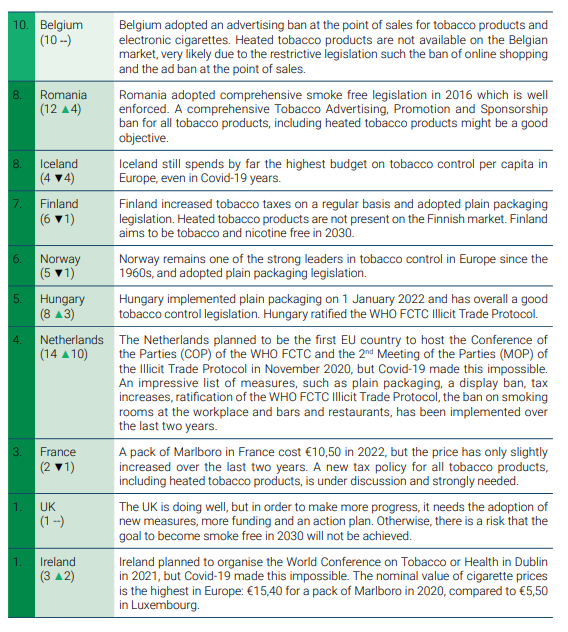 The Tobacco Control Scale is partly funded by operating funding from the European Commission to Smoke Free Partnership. The views expressed in this website do not necessarily reflect the official views of the European Union institutions.