There is evidence that comprehensive tobacco control programmes reduce smoking prevalence. However, there have been relatively few attempts so far to measure the implementation of tobacco control policies systematically at country level. This paper has two main aims: to quantify the implementation of tobacco control policies at country level using the new Tobacco Control Scale (TCS); to report initial results using the scale. The scale is based on six policies which, according to the evidence, should be prioritised in comprehensive tobacco control programmes. They are described by the World Bank and listed below. We describe how a questionnaire was designed to quantify the implementation of these interventions at country level, and how a scoring system was designed to create the scale. Finally we present initial results, showing countries ranked by their TCS score, and discuss the merits and limitations of the scale.

The evidence suggests that the best results are achieved when a comprehensive set of measures are implemented together. We briefly review these six interventions here. 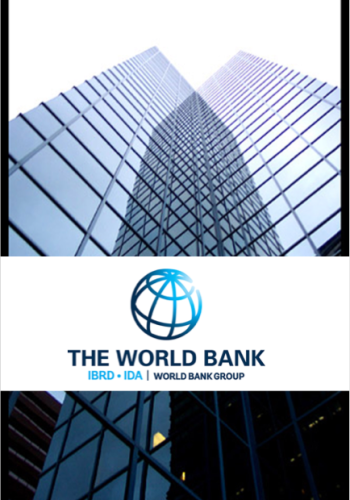 According to the World Bank, price increases are the most effective and cost effective tobacco control measure, especially for young people and others on low incomes, who are highly price responsive. A price rise of 10% decreases consumption by about 4% in high-income countries. The impact of price can be illustrated by what happened in France and the Netherlands. During 2003 the price of the leading brand in France, Marlboro—with about 30% market share—increased by 31% while cigarette sales fell 13.5%. European cigarette tax policy is based on the price of the most popular price category in each country. In France, Marlboro is the most popular price category and thus is a good indicator of tax and price policy for cigarettes in France. Surveys conducted in November/December 1999 and 2003 showed that the proportion of smokers in France decreased from 35% to 30%, a fall of almost two million smokers. Furthermore in 2003 more smokers said they wanted to stop (66% v 58% in 1999) and price became the main reason they wanted to stop smoking (fourth place in 1999). In the Netherlands in February 2004, the price of a pack of Marlboro increased by just over 18%.During the year 2004 cigarette sales decreased by 12.8% and the number of smokers fell from 3 950 000 in 2003 to 3.690.000 in 2004, almost 7% fewer.

Bans/restrictions on smoking in public and work places

The most extensive clean indoor air laws prohibit smoking in work places, on public transport, and in other public places, including restaurants and bars. Smoke-free workplaces not only protect non-smokers, they also create an environment that encourages smokers to cut down or stop. A review of 26 studies of the effect of smoke-free workplaces concluded that totally smoke-free workplaces are associated with reduction in prevalence of about 4%.7 People in work places that changed to—or maintained—smoke-free policies between 1993 and 2001 were almost twice as likely to stop smoking than people whose work places did not do so. In Europe, bans on smoking in the workplace (including bars and restaurants) have been introduced in Ireland (March 2004), Norway (June 2004), Italy (January 2005), Malta (April 2005), Sweden (June 2005), and Scotland (March 2006). Figures released by the Office of the Revenue Commissioners show a 15% fall in cigarette sales during 2004 in Ireland. They said: ‘‘this shortfall reflected changes in smoking patterns, which were affected by, amongst other things, the introduction of the smoke free workplace legislation’’ The Irish cigarette smoking prevalence data bear this out, falling from 25.5% in March 2004 to 23.6% in August 2005.10 Italy also saw a decline: 28.3 million kg of cigarettes were sold in January–April 2005, compared with 31.1 million kg in the same period in 2004, a 9% reduction.

Expenditures have to be high enough to reach smokers sufficiently often and for long enough. The US Centres for Disease Control and Prevention (CDC) estimated that states need to spend between $1 and $3 per capita per year over at least three years to be effective.

Comprehensive bans on the advertising and promotion of all tobacco products

Evidence from Canada, Brazil, Netherlands and Australia shows that their recently introduced, large warnings discourage smoking and increase awareness of the harmful effects of smoking. Tobacco product warning labels are effective in informing smokers of the hazards of smoking, encouraging them to stop, and discouraging non-smokers from starting.

Most smokers want to stop but many need help to do so because of their dependence. In the UK, for example, about 70% of smokers each year say they would like to stop but only a third make an attempt, and only 2–3% succeed in stopping for at least one year. One major reason for such a low cessation rate is the addictiveness of nicotine. Many smokers need help to stop. However, effective treatments exist, in the form of behavioural support (including telephone help lines) and medications, and need to be made more widely available to smokers. Although their impact on prevalence is low they are important because they help heavier, more dependent smokers, who have the most difficulty stopping and who place a heavier burden on health care services. In England such treatment services are now nationally available to all smokers through the National Health Service, free at the point of use (that is, paid out of general taxation).

The Tobacco Control Scale is partly funded by operating funding from the European Commission to Smoke Free Partnership. The views expressed in this website do not necessarily reflect the official views of the European Union institutions.