This survey was conducted in 2016 with 35 European countries: the 2010 sample plus Croatia, Serbia, Ukraine and the Russian Federation. The correspondents who provided information are shown in Table 1.

The data used for the 2016 survey refer to legislation in force on the 1 January 2017, price data on 1 July 2016, and the tobacco control budget in 2015. Any legislation, price increases or funding introduced or enforced after those dates are not included. 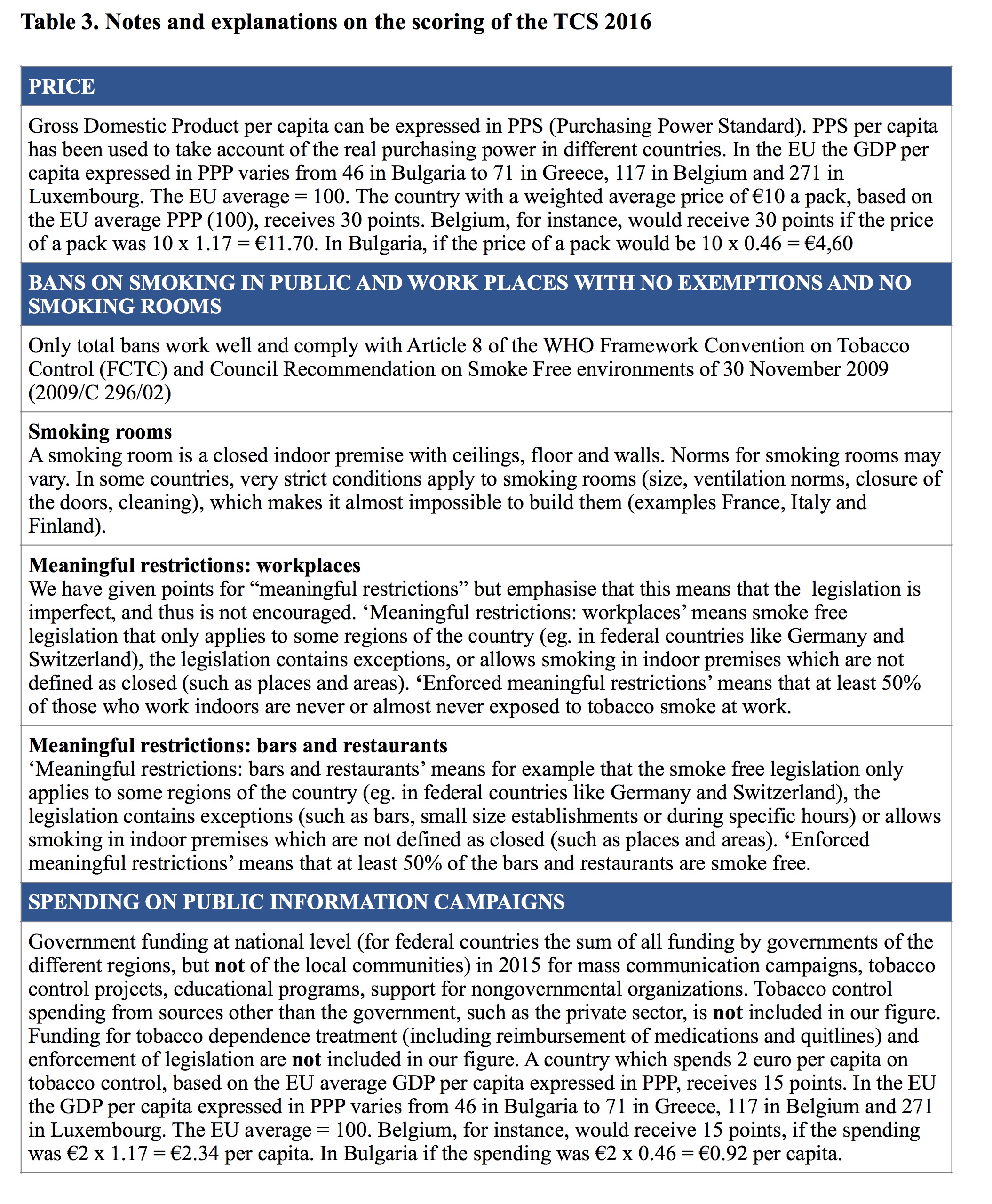