The Tobacco Control Scale 2019 in Europe

In 2019, we made some changes in scoring system: we reduced the number of points for
tobacco control budget from 15 points to 10 points and added 3 points for combating illicit tobacco trade and 2 points for controlling tobacco industry interference. Countries who ratified the International Protocol to Eliminate the Illicit Trade of Tobacco Products (the WHO FCTC Protocol) received 1 point. A track and trace system for tobacco products, fully FCTC Protocol compliant, is 2 points and a track and trace system for tobacco products, but not fully FCTC Protocol compliant, would be 1 point. A whole range of measures, well enforced, monitored and sanctioned, to restrict tobacco industry interference is 2 points and some measures, well enforced, to restrict tobacco industry interference is 1 point. A single measure to limit industry tobacco interaction at the Ministry of Health (and not the whole government) is not enough to obtain 1 point. Examples of policies could include the recording and disclosure of meetings with the tobacco industry, the limitation of interactions with the tobacco industry to those only strictly necessary or a code of conduct for public officials which they should comply in their dealings with the tobacco industry.

The data used for the 2019 survey refer to legislation in force on the 1 January 2020, 2018 price data, and the tobacco control budget in 2018. Any legislation, price increases or funding introduced or enforced after those dates are not included. 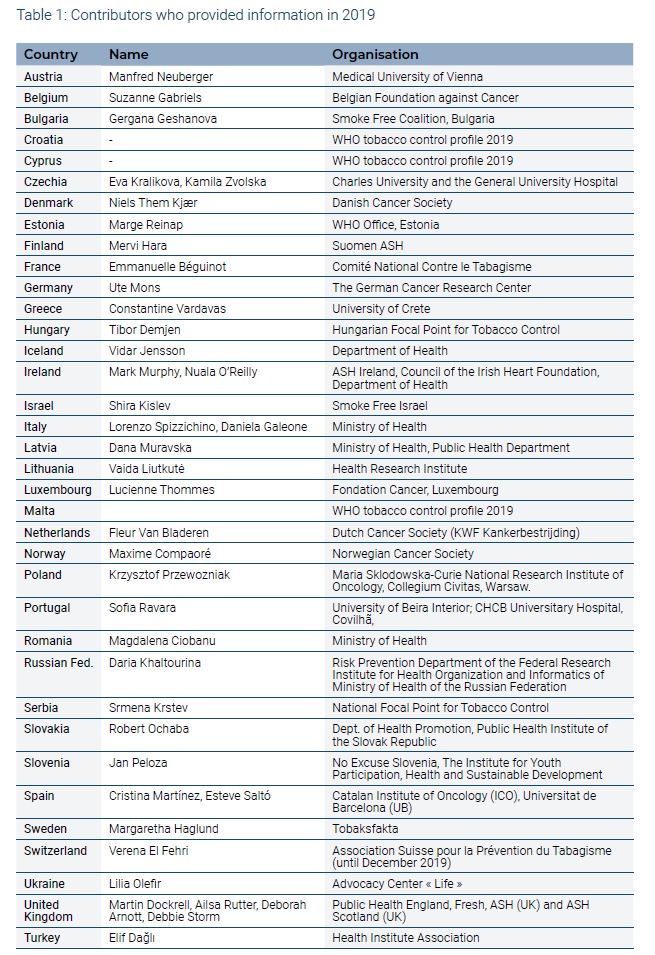 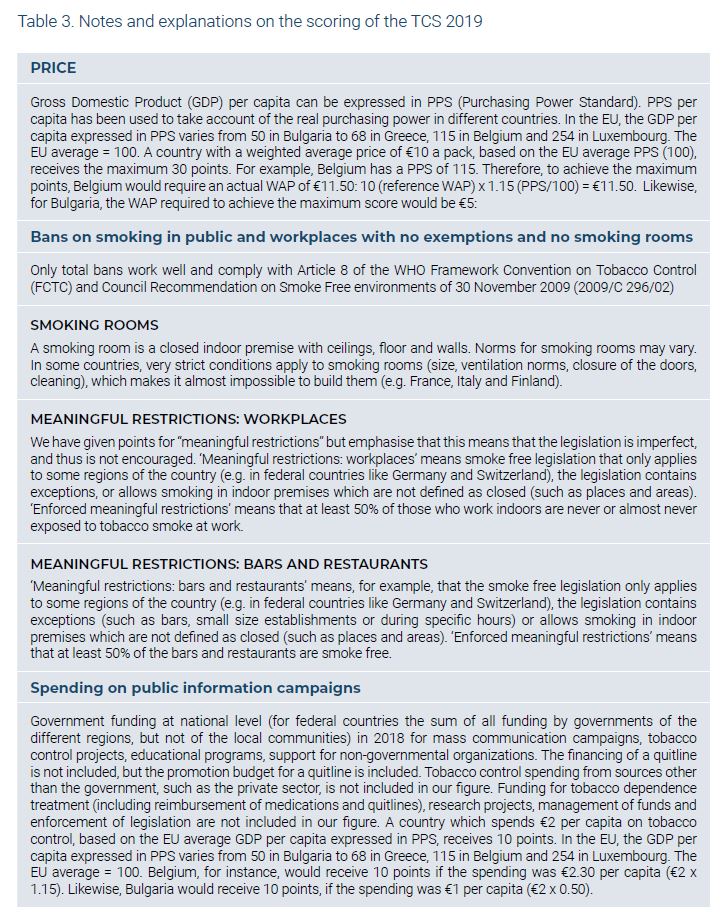